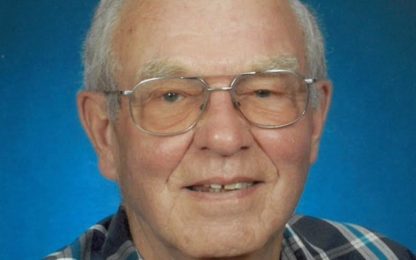 Douglas Sherman, son to Joseph and Nora (Johnson) Sherman, was born October 14, 1928 in Franklin, Minnesota, where he was raised and attended school. Douglas served in the Army for Post WWII. He married Laurie (Olson) Leonard in Franklin in 1951. Together they raised 5 children.

Douglas was the owner of Sinclair Station for 25 years leaving in 1978. He then started working at the Franklin Nursing home from 1979-1984. In his early years he was a member of the Fire Department and American Legion.  Douglas married Pearl Nelson on March 16, 1984.