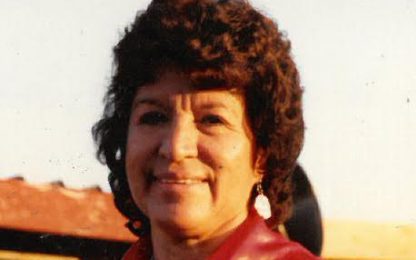 Dorothy M. “Dottie” Whipple age 82 of Redwood Falls passed away Saturday, May 15, 2021 at her home while surrounded by family and friends.  Memorial Services will be held at 11:00 a.m. Thursday, May 20 at the Lower Sioux Community Center.  Visitation will be held one hour prior to the service.  Interment is in St. Cornelia’s Episcopal Cemetery.  Online condolences may be sent at www.stephensfuneralservice.com. Stephens Funeral Service – Redwood Valley Funeral Home is assisting the family with arrangements.

Dottie was born March 5, 1939 in Pipestone to Thomas & Viola (St. Clair) Bluestone.  She attended school at Bishop Whipple Mission, and graduated from Morton High School in 1956.  In September 1956, Dottie was united in marriage to James Grunden at St. Cornelia’s Episcopal Church.  To this union, four children were born.  She started her nursing career at the Tracy Municipal Hospital.  In 1964, they moved to Minneapolis where Dottie continued nursing at North Memorial Medical Center.  She then worked for the Native Community in many capacities in the twin cities throughout the years.  In October 1986, Dottie was married to Harlan Whipple at All Saints Episcopal Church in Minneapolis.  Together they traveled across the United States and taught many people about the Native American culture.  She was active at Pow-Wows, performing sweats and was a Sun Dancer for over 20 years.  Dottie encouraged and helped many, many people over the years.  She served as a volunteer, and was always willing to help anyone in need.  Dottie served the Episcopal Church in many capacities over the years both in the cities and at the Lower Sioux Community.  She loved spending time with her family, especially the grandchildren.  She found peace enjoying the great outdoors hiking and exploring.