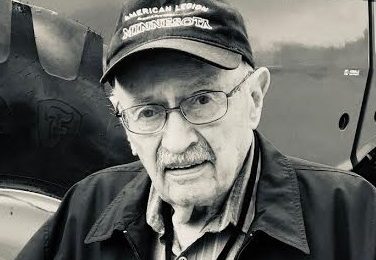 Donald Bernhard Johnson, age 97 of Walnut Grove, passed away December 13, 2020 at Prairie View Healthcare Center in Tracy. Graveside services will be open to the public 11am Saturday, December 19, 2020 at the Trinity Lutheran Cemetery in Springdale Township, 15552 160th St., Walnut Grove, MN 56180. A Facebook live feed of the service may be found at Stephens Funeral Service Facebook Page and the service will be FM transmitted at the cemetery on channel 90.7. Due to current Covid-19 restrictions, GUESTS WILL BE REQUIRED TO WEAR A MASK and practice social distancing guidelines. Online condolences may be sent at www.stephensfuneralservice.com. Stephens Funeral Service – Walnut Grove Funeral Home is assisting the family with arrangements.

Donald Bernhard Johnson was born May 2, 1923 to Ben and Esther (Sanderberg) Johnson in Tracy. He was baptized and confirmed at Trinity Lutheran Church in Walnut Grove where he was a member throughout his life. Donald attended District 16 until 8th grade and graduated from Walnut Grove High School in 1941. Following his graduation, he farmed until enlisting in the United States Army in 1944. Donald served in WWII and was honorably discharged in 1946. He was united in marriage to Ruth Benson June 1, 1952 at Trinity Lutheran Church. Together they were blessed with six children. Donald spent his life farming north of Walnut Grove with his brother Morris and later with his sons. After retirement, he stayed involved by walking the fields and farming from the window of his car. Donald served on the board of directors for 45 years and was Chair of the board for many years at Redwood Electric Co-op. He was the Chair of the board at Walnut Grove Public Schools for several years, served on the board of directors for Citizens State Bank, a member of Springdale – Gales Telephone Board, a member of the American Legion at the Walnut Grove Alfred Nelson Post #267, and was the map keeper at Trinity Cemetery for many decades. He enjoyed traveling with his wife Ruth and was an avid reader. Donald especially enjoyed spending time with his family.