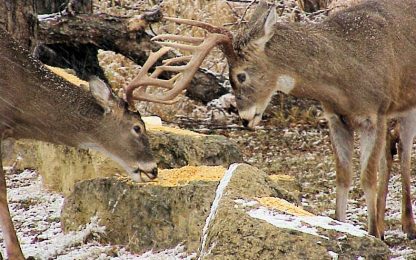 The Minnesota Department of Natural Resources (DNR) has issued an emergency rule temporarily prohibiting the movement of all farmed white-tailed deer within the state, with the exception of deer being transported to slaughter.  The rule takes effect Tuesday, June 1, and ends Saturday, July 31.

The rule is a temporary, emergency action to reduce further spread of chronic wasting disease (CWD) and protect Minnesota’s wild deer. The action is in response to concerning developments following the discovery of CWD in white-tailed deer at a farm in Beltrami County in northern Minnesota.

The emergency rule will provide time to examine and respond to connections between this farm and other potentially exposed farms throughout the state. The DNR issued a similar emergency rule in 2019 following the confirmation of CWD at a deer farm in Douglas County.