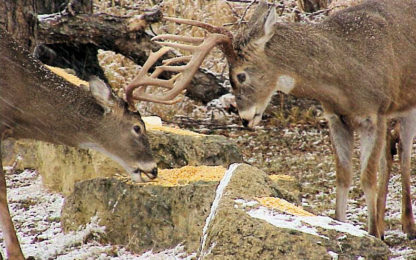 The Minnesota Department of Natural Resources has made several changes to this year’s deer hunting regulations to manage chronic wasting disease in wild deer. CWD sampling is voluntary for 2020, with hunters submitting samples from their deer at unstaffed sampling stations that take into account social distancing guidelines during the COVID-19 pandemic.

Hunters will also find a new management zone and new surveillance areas in the regulations, after CWD was detected in wild and farmed deer in new areas.

Full lists of self-service sampling stations, as well as dumpster locations to assist with carcass movement restrictions will be available at mndnr.gov/cwd.

Management zone and surveillance area changes
Based on discoveries of CWD in wild and captive deer in new areas last year and this spring, the DNR will monitor and manage the disease in these newly created areas, as guided by its CWD response plan.

The north-central management zone (DPA 604), southeast management zone (DPAs 643, 645, 646, 647, 648, 649 and 655) and southeast control zone (DPAs 255, 343 and 344) remain the same as last year. There will be no additional sampling in the central CWD surveillance area this year, which concluded its three-year sampling effort last fall with the disease not detected.