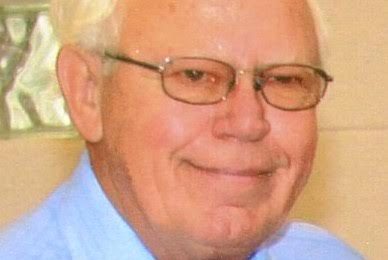 Dennis Stoeckman, age 81, of Olivia died Thursday, March 11, 2021 at the Olivia Hospital.  A public visitation will be held Monday, March 15th from 5-7 p.m. at Dirks-Blem Funeral Home in Olivia. A private family funeral will be held at Our Savior’s Lutheran Church in Bird Island with Rev. Mandy France officiating. Burial is in the Bird Island City Cemetery.

A live stream of the service will be available on Tuesday, March 16, 2021 at 11 a.m. by clicking on the following link.   https://my.gather.app/remember/dennis-stoeckman

Dennis Kent Stoeckman was born February 25, 1940 at Tracy, MN, to Vernon and Edythe (Holmberg) Stoeckman. He was confirmed at Zion Lutheran Church in Lamberton, MN. He attended elementary through fifth grade at District 8 country school in Murray County near Balaton, MN. He then attended Lamberton schools through his first semester of his senior year. Dennis graduated in 1958 from Mountain Lake High School. He graduated from SDSU College of Engineering in 1965 and during his college years he worked at MnDOT to pay for tuition and also married Karen Preuss on August 10, 1963 at St. Matthew’s Lutheran Church in Waterbury Township, rural Lamberton, MN.   Dennis was employed by MnDOT in Golden Valley from 1965-1971; Pipestone  County Engineer from 1971-1979; and Renville County Engineer from 1980 to retiring in May of 2000. One of the highlights of Dennis’ engineering career was receiving the 1978 State Merit Award for the best county state aid highway project in Minnesota. Dennis has been a faithful member of Our Saviors Lutheran Church in Bird Island since 1980. He has been a member of the Lions Club since 1971, Red Wing Collectors Society since 1990, the Siouxland Redwingers since 2018, and numerous Engineering Professional Societies throughout the years. Dennis was also a 4-H Leader in Pipestone and Renville County, Blood Donor, served on church boards in Pipestone and Bird Island, and was a volunteer at the Renville County Food Shelf. He enjoyed deer hunting, woodworking, and playing pinochle. Dennis taught each of his grandchildren how to play cribbage and challenged them to a game every time the family got together.  They also looked forward to the many scavenger hunts he planned.  He also loved auctions, antique shops and thrift stores as he looked for the next great treasure.

Dennis is survived by his wife, Karen Stoeckman of Olivia; his three children: Scott (and Debbie) Stoeckman of Montevideo, Sherry (and Patrick) Daniels of Russell and Sara (and David) Croymans of Boyd; his eight grandchildren: Thomas (and Jennifer) Stoeckman of Benson, Dayna Stoeckman of Watertown, SD, Noah Stoeckman of Vermillion, SD, Jacob (and Tierney) Daniels of Miltona, Hannah (and Jack) Doherty of Alexandria, Kristen (and Jared) Eslick-Coats of Hot Springs, AR, Joseph Croymans of Sioux City, IA and Jesse Croymans of Boyd; his four great-grandchildren: Luke and Maverick Eslick-Coates, Hazel Daniels and Emmett Doherty; his sister Vernis Anderson of Wheaton; his two brothers: Neal (and Janette) Stoeckman of Denver and David Stoeckman of Blue Earth; his sister-in-law Joann Netzke of Lamberton and his brother-in-law Leland Preuss of Lamberton.  Dennis was preceded in death by his parents, mother-in-law and father-in-law, Anna and William Preuss, his brother in infancy Lowell Jay; and his brothers-in-law: James Anderson and Kenneth Netzke.