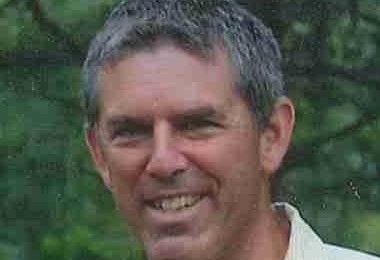 A private family service was planned for December 11, 2020 at Zion Lutheran Cemetery in Sanborn, MN.
Arrangements are with the Sturm Funeral Home in Lamberton, MN. Online condolences may be left for the family at www.sturmfh.com.

Dave was born on June 9, 1961 in Milwaukee, Wisconsin, to Roland and Carol (Mahn) Schlei. He was baptized and confirmed at Zion Ev. Lutheran Church in South Milwaukee and remained a member there until 2014. Dave was united in marriage to Andrea Steffen on July 27, 2002 at Zion Ev. Lutheran Church in Sanborn, Minnesota, and became a member there in 2014.

Dave worked as a meat cutter his entire career, most recently employed at A & J Processing near Belview. Dave served his Lord in many ways including being a Sunday school teacher, youth group leader, and church elder.

Dave began volunteering at Camp BASIC (Brothers and Sisters in Christ) in 2000 as a counselor and was the camp director for the last 11 years. Dave and Andrea met while volunteering at camp. Dave’s Camp BASIC family held a very special place in his heart.

He was preceded in death by his father Roland Schlei and father-in-law Stuart Steffen.