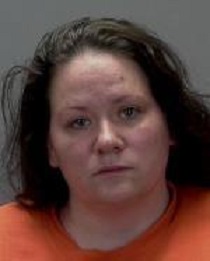 A trial date has been set for a Hector woman accused of murder.

According to the criminal complaint, Lynch claims she accidently shot Tebben in the head with a newly purchased handgun after he threw a plate at her.

A pre-trial hearing will take place July 13th, and a jury trial for Lynch will be held July 19th through the 30th, if necessary, in Renville County District Court in Olivia.