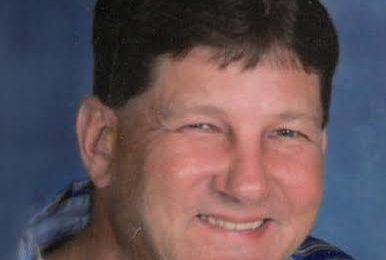 Curtis Warren Pistulka, age 54 of Vesta, passed away Friday, April 23, 2021 at his home, while surrounded by his family, after a long and courageous battle with cancer.  Mass of Christian Burial will be held at 10:30 a.m. Wednesday, April 28 at St. Anne’s Catholic Church in Wabasso, with a livestream on Stephens Funeral Service Facebook page.  Visitation will be 4:00-8:00 p.m. Tuesday at the church with a 7:30 p.m. prayer service.  Visitation will continue one hour prior to the service at church on Wednesday.  Burial will be in St. Mary’s Catholic Cemetery at Seaforth.  Due to the current Covid-19 restrictions, guests will be required to wear a mask and practice social distancing guidelines. Online condolences may be sent at www.stephensfuneralservice.com. Stephens Funeral Service – Redwood Valley Funeral Home is assisting the family with arrangements.

Curtis Warren Pistulka was born May 27, 1966 at the Redwood Falls Hospital to Emery and Bernadine (Eis) Pistulka.  Curt was baptized, made his First Holy Communion, and was confirmed at St. Mary’s Catholic Church in Seaforth, Minnesota.  He attended St. Anne’s and Wabasso Public Schools and graduated in 1985.  Curtis was united in marriage to Tracy Marie Jenniges on June 16, 1990 at St. Mary’s Catholic Church in Seaforth.  After graduation, Curt worked for Western Geophysical Company out of Anchorage, Alaska on an oil exploration crew in the Alaskan tundra.  He also worked at Maasch Welding, Warrior Manufacturing, and Schult Homes in Redwood Falls.  Most recently, he was employed at Country Enterprises in Lucan.  His family was very special to him and he enjoyed spending time with his children and watching them participate in their school programs and various sports activities.  He especially enjoyed seeing and spending time with his grandchildren.  Curt liked to grill out and go for Harley rides with his friends.  He also enjoyed fishing, hunting and playing on bean bag teams.

Blessed be his memory!