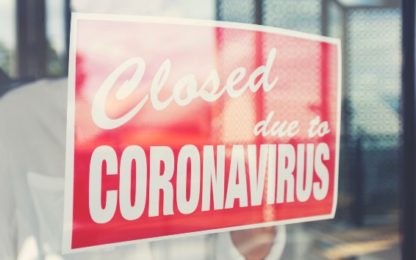 Governor Tim Walz has again set restriction on Minnesotans’ lives and businesses in an effort to keep COVID spread under control, to the point of prohibiting in-person social gatherings with persons not from your household.

Walz said, “To invite a friend over, or a brother-in-law like I normally do to watch the Vikings play the Bears, is one of the riskiest things we can do right now.”

Wals has also ordered bars and restaurants to close except for take-out and delivery for four weeks beginning Friday at midnight.  Fitness facilities, entertainment venues, event spaces and similar establishments will also have to close for a month, and adult and youth sports will also be “paused.”

Retail businesses, salons, and places of worship may continue operating with current restrictions. Childcare remains open, and schools will continue to operate, shifting between in-person, distance, and hybrid learning depending on local conditions of the pandemic.

Ryan Wilson with the group “Let Them Play MN” takes issue with the governor’s decision to “pause” youth athletics. Wilson says without the structure of sports, “Kids are going to be left to their own devices. They’re going be playing X-Box in the basement with their friends or doing whatever activities, and it’s going to be much more likely to transmit it.” He added, “We’re disappointed that the governor is making a non-scientific, non-data-driven decision here.”

Republican Representative Dave Baker from Willmar said he is talking about delaying sales tax payments and using some of the remaining federal CARES Act money to help restaurants and bars.

Democratic State Senator Kent Eken from Twin Valley says there should be a regional approach for border communities. He said, “If we’re closing down bars and restaurants in Moorhead and Dilworth and so on, but they’re open across the border in Fargo, people are just going to go across the border.” Eken adds the legislature should have more input on decisions that close businesses.