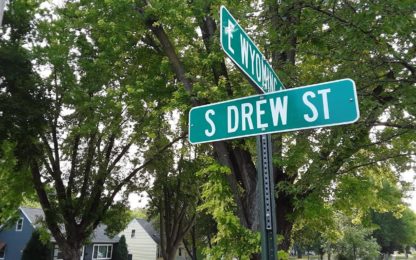 The Redwood Falls City Council approved a bid to relocate the neighborhood power lines underground prior to rebuilding the infrastructure underneath Drew Street in Redwood Falls.

The Drew Street project has been in the works, and plans were in the works to rebuild and update the sewer and water lines underneath that busy street. However, the overhead power lines were located too close to the intersection curbs, which would also interfere with making the sidewalks compliant with the Americans with Disabilities Act.

In response, the Public Utilities took its plans to put the power lines underground and moved them ahead a year. The goal is to get that project finished — or as close as possible — before the rest of the infrastructure is installed later.

On Thursday, the Redwood Falls City Council awarded the power line reconstruction project to Castrejon Inc., of Blaine, for their bid of slightly over $580 thousand, nearly $90 below the engineers’ estimate.