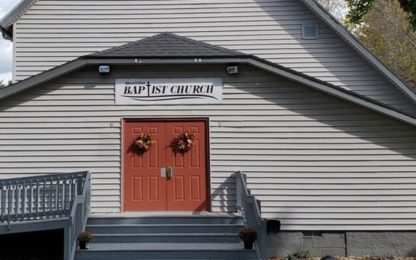 State and federal authorities are investigating a fire that destroyed a church in Montevideo last weekend.

The fire at the Montevideo Baptist Church, at North 7th Street and Grove Avenue, was first reported at 9:20 p.m. last Sunday. Fire crews needed about two hours to get it under control, but by then it was pretty much gutted.

A preliminary investigation shows the fire may have started inside or above a dropped ceiling in the worship area. The blaze is being investigated by The Minnesota Fire Marshal’s Office and the Federal Bureau of Alcohol, Tobacco and Firearms.

Pastor Brent Winter said they just started worshiping in the church last August and had a small congregation. No one was inside when the fire started, and no one was hurt.