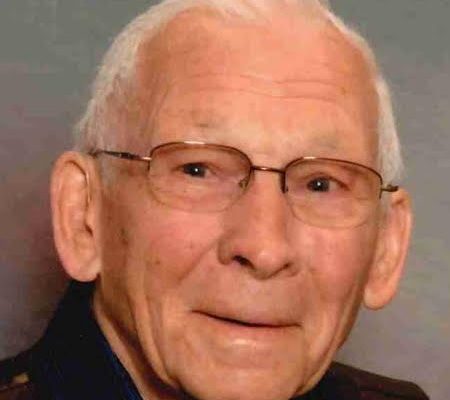 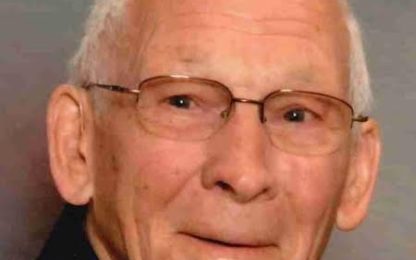 Visitation will be on Tuesday from Noon to 2:00 pm at the Sturm Funeral Home, Sleepy Eye.

COVID-19 rules and regulations will be followed including use of masks and social distancing.

The clergy will be Pastor Chris Cordes

Charles ‘Chuck’ F. Menk was born May 16, 1931 in Redwood County, MN to Erwin and Meta (Otto) Menk. He was baptized and confirmed at St. John’s Lutheran Church in Morgan, MN. He attended grade school at District #100 in Redwood County and graduated from Morgan High School in 1949.

Chuck served his country in the U.S. Army from 1952 to 1954 during the Korean War. Following his honorable discharge, he was employed at Morgan Grain & Feed until 1959 when he began working at Del Monte Corporation in Sleepy Eye until retiring in 1993.

Chuck and Delores met at a dance at the Orchid Ballroom in Sleepy Eye, and continued to enjoy listening and dancing to old-time music throughout their lives.

Together, Chuck and Delores enjoyed traveling with their children on family vacations, and later in life their travels took them to Alaska, Hawaii, Germany, Austria, Mexico, and almost-annually to Branson, Missouri.

Chuck enjoyed woodcarving, a hobby he began near retirement. He was particularly skilled at carving Santa Clause figurines. He was a member of the Blue Earth Royal Chiselers Wood Carvers Club and the Minnesota Wood Carvers Association. He also enjoyed gardening, growing vegetables and dahlias, beekeeping, raising chickens and pigeons, and raising Arabian horses earlier in life.

He is preceded in death by his daughter Marla Bender, who became an angel in heaven in 2004, and his parents, parents-in-law, brother Dale, sister Mary Ellen Warhol, brother-in-law Frank Warhol, and sister-in-law Marjorie Reddemann.