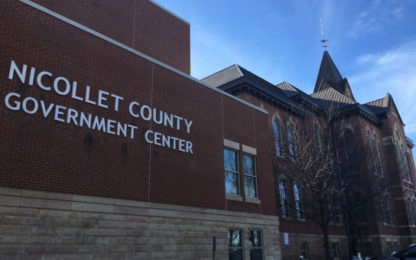 An Eagan man was under the influence of drugs when he caused a fatal crash on Highway 14 in January, according to charges filed in Nicollet County Court last week.

Investigators say Steven Paul Hess, 36, had amphetamines and methamphetamines in his system when he crashed on a two-lane stretch of the roadway between Nicollet and Courtland on January 21. The crash killed 23-year-old Aaron Glen Lloyd, of North Mankato.

According to a criminal complaint, witnesses said there had been a line of vehicles driving eastbound when Hess’ SUV pulled into the westbound lane.  One witness said it appeared Hess was trying to pass other vehicles, but instead hit Lloyd’s car head-on.

A Minnesota State Patrol Sgt that interviewed Hess at the hospital reported that Hess appeared to have glassy, watery eyes, droopy eyelids, slurred speech, and seemed lethargic. Hess told the officer that he’d been eating fast food when he saw a big flash.  He admitted to using meth approximately three days earlier, but denied alcohol use.

An autopsy confirmed that Lloyd had died of multiple traumatic injuries caused by the collision.

The Minnesota Bureau of Criminal Apprehension confirmed in an April 22 report that Hess’ blood sample contained amphetamines and methamphetamines.