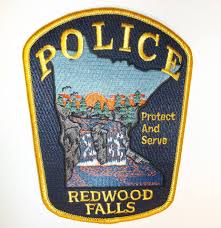 Local law enforcement had to euthanize an escaped bull in Redwood Falls on Tuesday.

On April 20, at about 10:51 p.m., Redwood Falls Police Department was called to the area of Bridge Street at Willow Street for a call of an escaped bull.  The bull had been in a semi-trailer travelling through the city when the animal escaped.

The Buffalo Lake Fire Department provided manpower and equipment to help corral the animal, and a veterinarian from the Riverside Animal Clinic was called in to tranquilize the animal.  Despite these efforts it was determined the animal had to be put down, and an police officer fired several shots to euthanize the animal.

The driver of the semi was located and returned to the scene.

The Redwood County Sheriff’s Department assisted with this call.