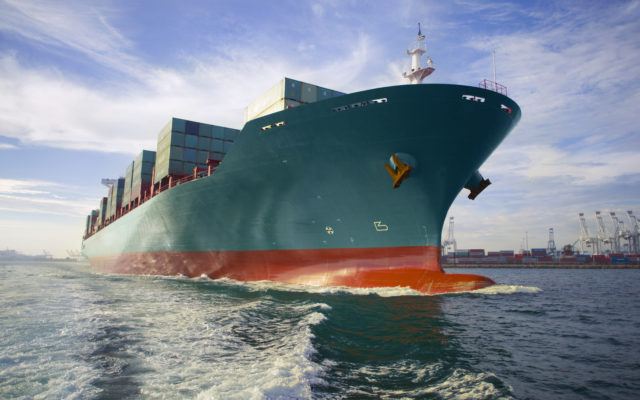 Bow view of loaded cargo ship sailing out of port.

Fresh off resolving their labor situation at the country’s ports, Argentina will now suspend corn exports until March 1.

The country’s ag ministry made the surprise move as part of the government’s efforts to ensure ample domestic food supplies.

“The decision is based on the need to ensure the supply of grain for the sectors that use it as a raw material for the production of animal protein such as pork, chicken, eggs, milk, and cattle, where corn represents a significant component of production costs,” the statement says.

Argentina’s government is attempting to control food price inflation and provide relief to low-income families battling against a shrinking economy brought on by COVID-19.

Ag Canada Dot Com says the South American nation is a major international supplier of corn, soybeans, and wheat, as well as the world’s top exporter of soymeal livestock feed.

Farmers and other stakeholders in Argentina’s corn supply chain traditionally oppose this type of intervention in the markets.

The head of the corn industry’s chamber in Argentina says, “We are absolutely surprised. This does not make sense. There was never a lack of corn in Argentina.”