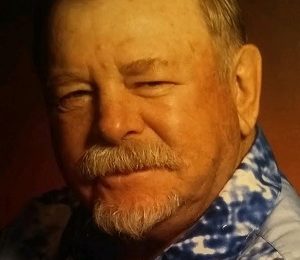 Anthony John Hirman Sr, age 83, of New Hope, formerly of Renville, died Saturday, April 25, 2020, at North Ridge Health and Rehab Center in New Hope.  A Mass of Christian Burial will be held on Saturday, August 15, 2020, at 10:30 a.m. at Holy Redeemer Catholic Church in Renville.   Burial will be in Fairview Cemetery in Renville. Visitation will be one hour prior to the services at the church on Saturday.   Arrangements are with Dirks-Blem Funeral Service, Renville.

Anthony John Hirman was born on March 25, 1937, in Whitefield Township in Kandiyohi County to William and Theresa (Thoma) Hirman.  He grew up on a farm near Roseland.  Anthony worked as a farm hand for various farmers in the area for over 40 years.  He was united in marriage to Nancy Reynolds in August of 1971 and they later divorced.  He also enjoyed gardening and he was a long time member of the Knights of Columbus.

Survivors include his sons and daughter: Anthony, Jr. (and Tammy) of Coon Rapids, Shawn of Kansas City, and Heidi Hirman of St. Cloud; his grandchildren: Samantha Hirman, Donte Hirman, Dion Hirman, Daija Hirman, Keonne Palmer, and Kajuan Palmer; his great grandchildren: Jaelyn Hirman, Zayden Hirman, and Daijon Hirman; his brother and sisters: Milton Hirman of Benton, AR, Beverly (and Bill) Spies of Kimball, Pat Serbus of Danube, and Colleen (and Gene) Allex of Danube; many nieces, nephews, and other relatives and friends.  He was preceded in death by his parents.