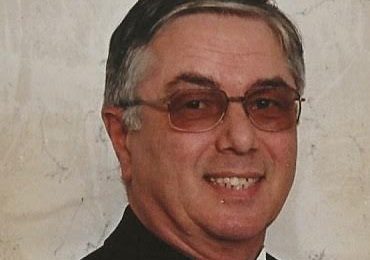 Alfred was born on August 8, 1941, to Edward A. and Hildagarde (Sellner) Schmitz in Sleepy Eye, MN. He was baptized and confirmed Catholic at St. Mary’s Church in Sleepy Eye, MN. While growing up, he and his sisters formed and played in the Schmitz Family Band where he played the concertina. He also played the trumpet in high school. He and his family were very involved with the 4H Stark Happy Hustlers and won many awards at the County and State Fair. After graduating from St. Mary’s High School in 1959, Alfred entered the United States Marine Corps and served his country from 1959 to 1963, obtaining the rank of Corporal. He was very proud of his service to his country and of being a Marine: (the few, the proud, the Marines). Upon completion of his military service, Alfred returned to Sleepy Eye and worked on the family farm, for Edwin Weiss doing carpentry, and at Lamperts Lumber Yard in Sleepy Eye. On November 20, 1968, he was united in marriage to Janice Disque. Alfred and Jan raised four children. He later worked for 24 years with Del Monte Corporation where he was Supervisor of Sanitation & Boiler and Maintenance. After retirement from Del Monte, Alfred worked at Chuck Spaeth Ford and Bruggeman Implement. Alfred was a member of the Sleepy Eye Jaycees, was a volunteer member of the Sleepy Eye Fire Department for 29 years; and served as Assistant Fire Marshal for part of that time. Alfred was a charter member of the Sleepy Eye Honor Guard which was organized in 1983 and served as its President for many years. He also belonged to the American Legion and volunteered his time at Stark Ball Field frying hamburgers. He was proud to serve his community. He enjoyed playing cards with family and friends and in his younger days, going to polka dances. He enjoyed going to his grandchildren’s events and above all, he loved the special events that the Schmitz’s families had where we were all together as a family.